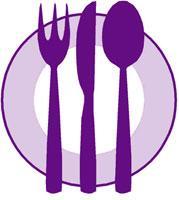 Although most people know animal products must be handled carefully to prevent illness, many don't realize that produce can also be the culprit in outbreaks of foodborne illness. In recent years, the United States has had several large outbreaks of illness caused by contaminated fruits and vegetables - including spinach, tomatoes, and lettuce.

An expert on foodborne illness with the Food and Drug Administration says fresh produce can become contaminated in many ways. During the growing phase, fruits and veggies may be contaminated by animals, harmful substances in the soil or water, and poor hygiene among workers. After produce is harvested, it passes through many hands, increasing the contamination risk. Contamination can even occur after the produce has been purchased, during food preparation, or through inadequate storage

When cooking with raw foods, be sure there are plenty of clean utensils, cutting boards and severing platters. To prevent foodborne illness, don't use the same platter and utensils for raw and cooked meat and poultry. harmful bacteria present in raw meat and poultry and their juices can contaminate safely cooked food.

Always refrigerate perishable food within 2 hours. Refrigerate within 1 hour when the temperature is above 90°F.

After you remove meat from a grill, oven or other heat source, allowing it to rest for a specified amount of time allows its temperatures to remain constant or continue to rise, which destroys harmful germs. Learn more about proper temperatures and resting times.

Call the USDA Meat & Poultry Hotline. If you have a question about meat, poultry or egg products, call the USDA Meat and Poultry Hotline toll free at 1-888-MPHotline (1-888-674-6854). The hotline is open year-round Monday through Friday from 10 a.m. to 4 p.m. ET (English or Spanish). Recorded food safety messages are available 24 hours a day. Check out the FSIS website at www.fsis.usda.gov.